About the quilt & bridge

Interstate 90 to the Route 45 exit; travel south to Route 307, head west. At Cope’s Farm Equipment (look for barn quilt on their building next to the intersection), turn south (left) on Windsor Mechanicsville Road. Bridge is about one mile down the road and visible from the bypass bridge (sharp right turn).

A ghost town today, in the 1830s Mechanicsville was a thriving mill town that took advantage of the water power offered by the Grand River. According to the Williams Brothers History of Ashtabula County, the town had a grist mill, sawmill, oil mill and other works. These were owned by Dr. Orestes K. Hawley and Joab Austin.

Hawley envisioned a manual labor institute where the young men would work in the mills while preparing for the ministry or other higher callings. A similar school had been established at Oberlin, and when that school’s census in 1836 exceeded the school’s capacity, Mechanicsville absorbed the overflow of about 30 young men.

Students overran Mechanicsville but they could not run the mills. The school flourished, however, and with a grant of $25,000 from Joab Austin, the institute was moved to Austinburg. It remains there today as Grand River Academy.

The mills later burned in a conflagration that illuminated the night sky for many miles. It was said that the light was so bright as far away as Madison that one could read a watch dial from the distant glow.

A Howe truss bridge reinforced with an arch, the Mechanicsville Covered Bridge is one of two extant covered bridges in Ashtabula County with an 1867 construction date. It was rehabbed in 2004; prior to that, it had been closed to traffic. 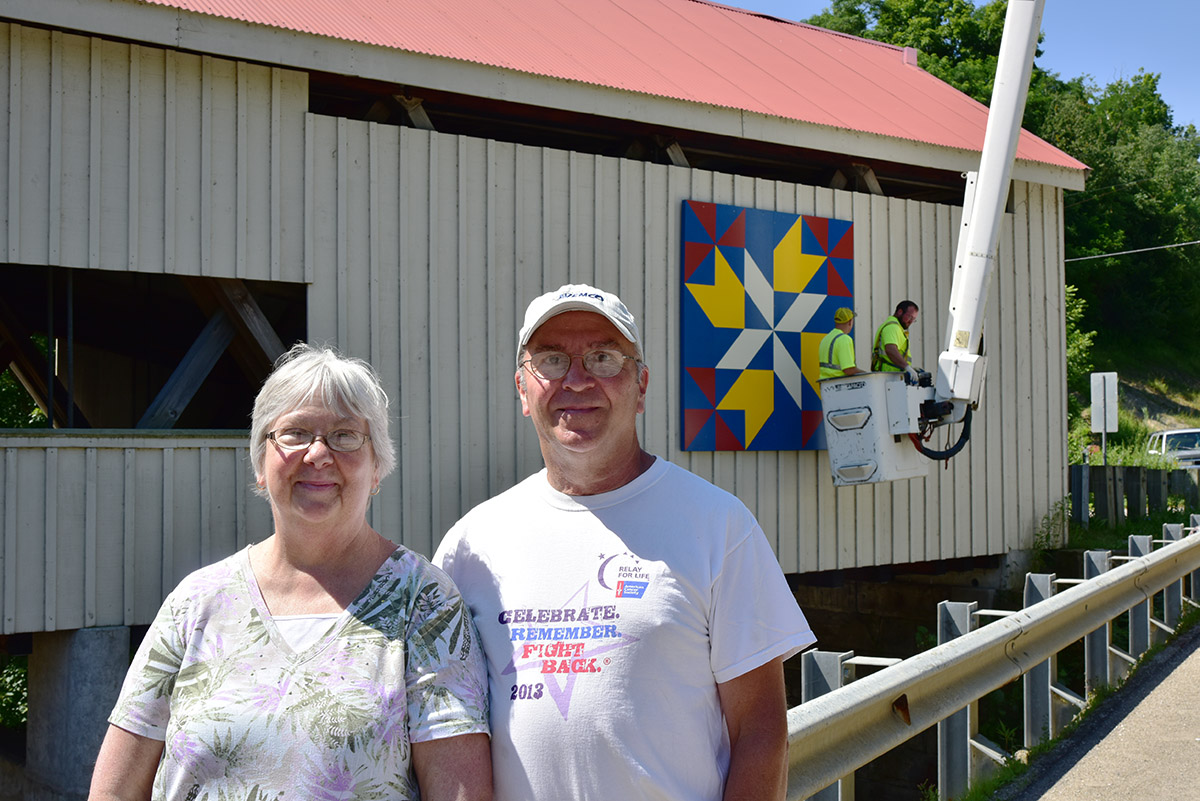 Austinburg Township wanted to dress up their historic covered bridge and received a grant through the Steering Committee’s 2015 Grant Program. Donna Kupanjaa said they selected the Four Winds pattern because of Mechanicsville’s location at the intersection of the Grand River and several roads. 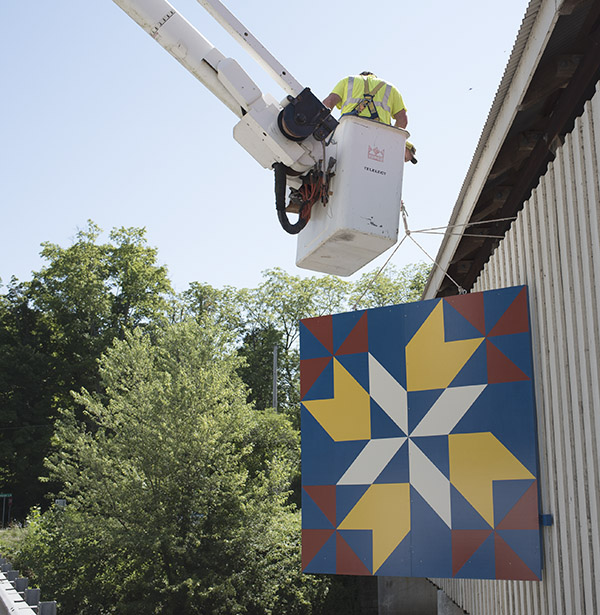 The barn quilt was made possible through a grant from the Civic Development Corporation of Ashtabula County. Austinburg Township Trustees applied for the grant. The Ashtabula County Highway Department and Engineer’s office provide installation with assistance from Jeff Scribben of Artistic Woodworks and other volunteers.

The tavern across from the bridge is worth a visit if you are thirsty or hungry. It claims to be the oldest operating tavern in Ashtabula County.

Go south on Windsor Mechanicsville Road to Woodside Drive (on left, about 1/2 mile from bridge). Head down the road until you come to a “Ohio Hysterical Society” landmark sign for the Harpersfield, Austinburg and Morgan Railroad.

Continuing south from the orchard,  go to Callender Road (next road after Shaffer on the left). Proceed on Callender to the Nature Conservancy’s education campus, which features a nature center and trails along the Grand River.