About this quilt and location: 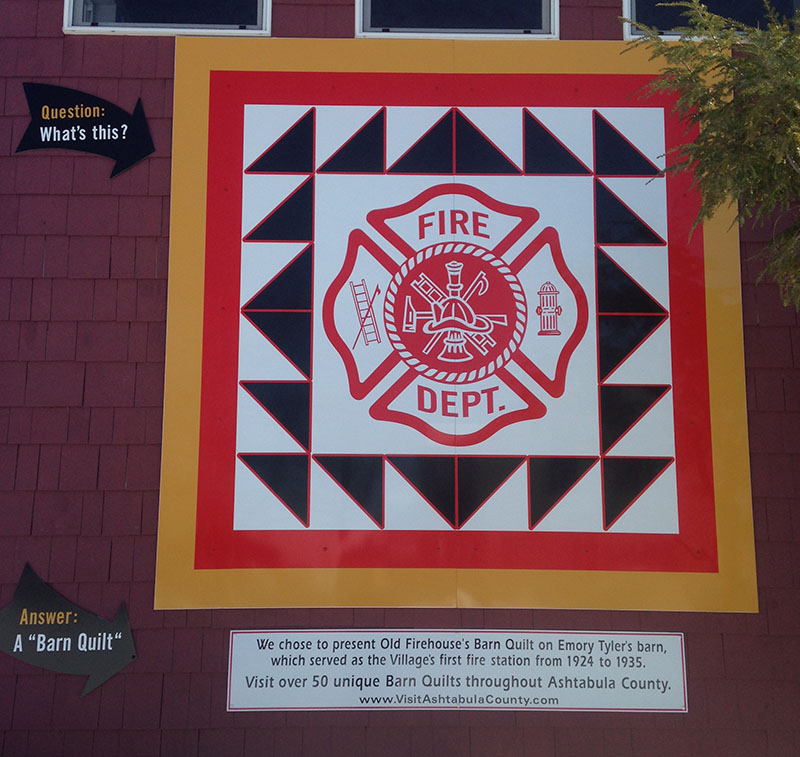 From Interstate 90, take the Geneva exit, head north on Route 534 until it becomes Route 531 at Lake Erie; continue east to destination, look for the water slide; the winery is in rear of this complex.

Firehouse Winery is not in a former firehouse, although it pays homage to the men and women who work in fire safety. The quilt hangs on Emory Tyler’s barn, a structure that was used as the village’s first fire station, from 1924 to 1935, when the WPA built the new firehouse across the street. The site of the Old Firehouse’s grounds was once part of the half-dozen or so farms that existed in the area in the 1800s. The large building in front of the winery was originally a farmhouse; it now houses three gift shops. The barn was built to support farming operations, but owners soon discovered that renting out rooms in the farmhouse to tourists several months out of the year surpassed growing crops and keeping livestock. By 1900 the barn had become nothing more than a support structure for the growing resort operation. The winery was established in 1987 by Don Woodward and partners. The product is made locally and the winery building is decorated in fire department memorabilia.