From Interstate 90, take Route 45 (Austinburg exit) south toward Rock Creek. Barn will be before Fobes Road (Eagleville Bible Church), on west side. 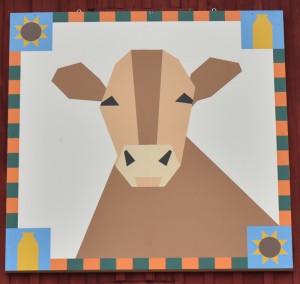 Farm Life. The cow on the quilt is named “Lucy.” It was designed by Jodi Brinker and painted and installed by Jeff Scribben. 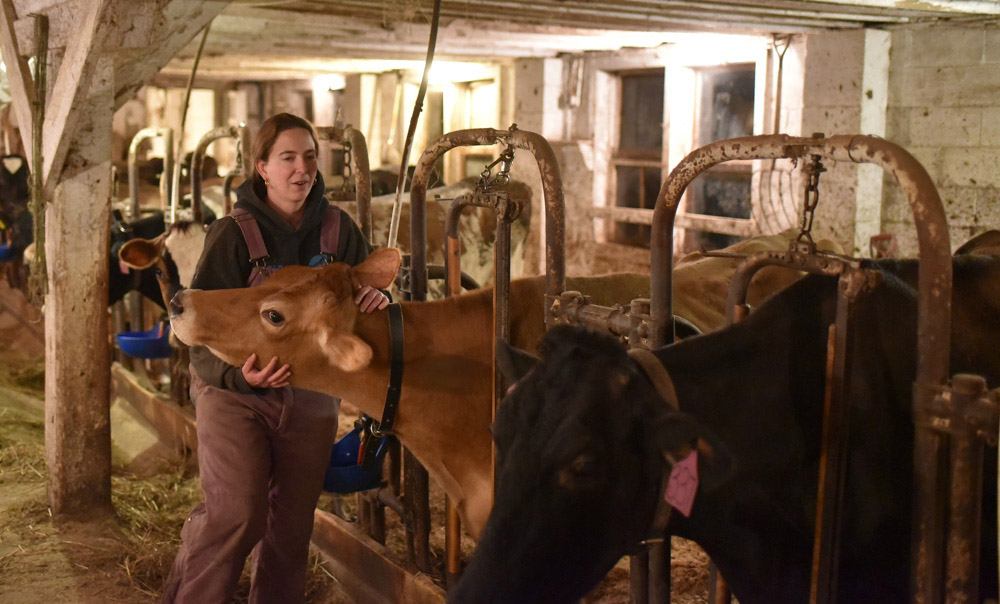 The Brinker family – Jason, Jodi and daughter Kassidy – purchased the former Camp dairy farm in 2012 with the intent of going into dairy farming. The farm had not had dairy cows on it since 1978, when the Camp family got out of farming. However, the Camps had maintained the barn, which dates to the early part of the 20th century.

An extended version of the Brinker farm story can be found on The Ashtabula Wave.