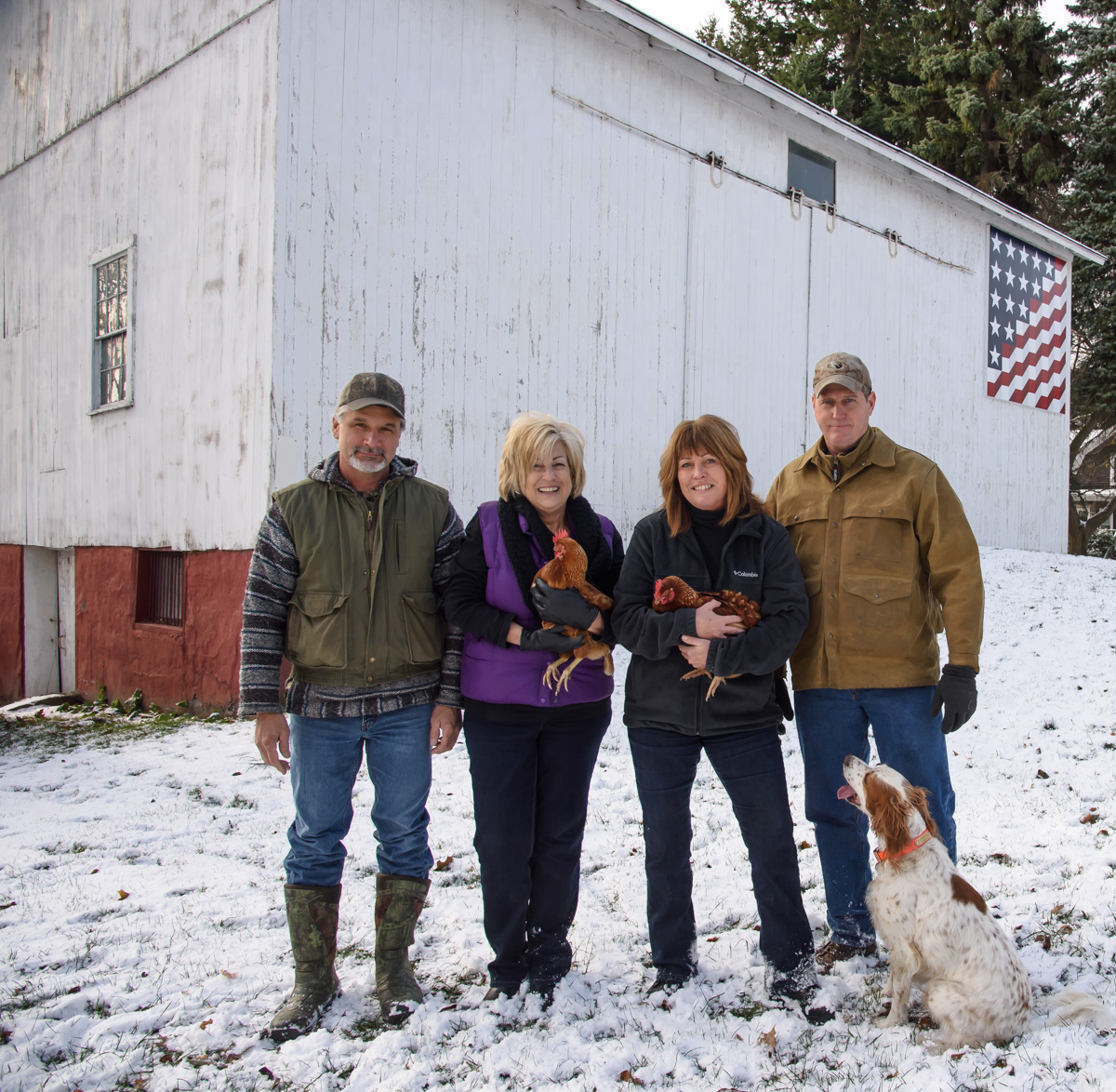 From Interstate 90, exit at Route 45; head north on 45 to Route 84. Turn right (east) toward farm, across from Sanborn Road. 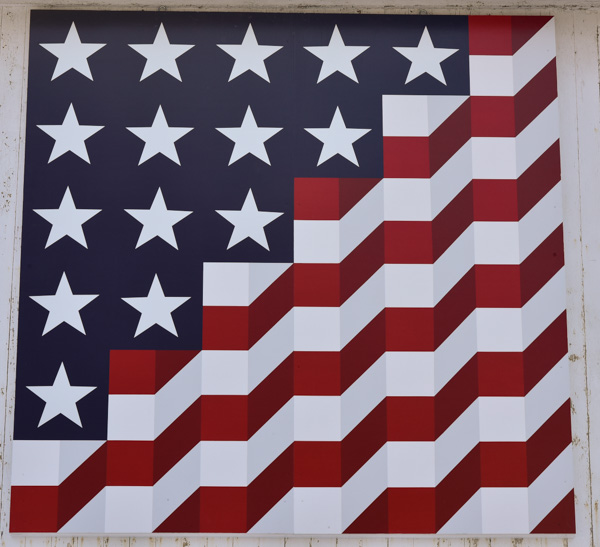 The farm and barn:

(Story from the Ashtabula Wave)

Sisters and Cleveland-area residents Phyllis Forrest and Lynne Cassell often talked about moving to a farm when it came time to retire.

Lynne, who worked in a high-stress job for a national company, imagined rural life as a wholesome, healthy option that would give her space and time to pursue her interest in art. Phyllis, who worked for Cleveland and Lake Metroparks, wanted to stay connected to equestrian activity. And each woman wanted to build a self-sufficient lifestyle with her husband, Joe Cassell and Philip Forrest, respectively, that would be away from suburban life, yet  close to wineries and urban services.

In the spring of 2014 they took their first step toward realizing these common dreams. The couples pooled their resources and purchased an inactive farm on South Ridge Road in Saybrook Township, across from Lakeside Middle and Senior high schools. They named it Freedom Farm.

Freedom Farm was so named “in recognition of the founding principles that our country was built upon, as well as the personal freedom we have been granted to pursue our dream of self-sustainability by living and working on our own farm.”

Philip and Phyllis continue to live in Middleburg Heights becausePhilip has not yet retired. But Joe and Lynne are retired, and they have lived at the farm for the past year.

All four owners work the farm and are coaxing it back to life as they build their retirement one chicken, one apple tree, one horse, one garden at a time. It’s been a huge amount of work, especially for couples accustomed to suburban life. But the sisters say they absolutely love the lifestyle and the county in which they are creating it.

“It is constant work, but we love it. We are going in the opposite direction typically taken by people of our age,” Phyllis says as we sit on the back porch of the 1857 farmhouse. Several Golden Comet hens roam about the porch, along with the couple’s two dogs, who get along just fine with the fowl.

Thus far, their improvements have been:

To the west of their house and at the end of a row of smaller out buildings is the 1857 post-and-beam barn. A barn quilt is pasted in the upper right-hand corner of the white barn like a postage stamp on a picture postcard.

Neither Phyllis nor Lynne is a quilter, so they had no idea what barn quilts or barn quilt trails are all about. But last spring, Kathy McCarty, co-founder of the county’s trail, stopped at the farm and left information with Joe, who agreed with the other three owners that a barn quilt would be a good way to market their farm to the community.

“We knew nothing about them,” Lynne says. “Being new to the community, (the barn quilt) is a way to get involved. I like the idea of increasing tourism in the area. I think it has a lot to offer.”

The 8-by-8-foot quilt features a fluttering American flag, which reflects the freedom concept that is part of the farm’s name. Jeff Scribben of Artistic Woodworks painted and installed the barn quilt. Fitting to the subject and theme, the installation was done on Nov. 11, Veterans Day, by Jeff, his son Brandon, Joe, Philip and two other men using only ladders and ropes.

The sisters say the barn quilt has not inspired them to take up fabric quilting. They are still developing their plans for the farm and, once they have a clear path, they will be involved in that project.

Among the possibilities is the option of linking the farm to the Western Reserve Greenway Trail, which passes near the property line. Having a horse stable on the trail is a possibility. A pony or two for the grandchildren, there are six of them, is in the works for next year, and Phyllis says she’d like to have some horses. Joe and Philip are both hunters, and they look forward to culling some turkey and deer from the property.

Their plan is to live together in the farmhouse, where there are five bedrooms. Phyllis says the sharing arrangement is ideal for this stage of their lives because if a couple go on vacation, the other couple can take care of the farm and the dogs. There’s also a cost savings on living expenses.

“The great thing about this arrangement is the shared work and the shared expenses,” Phyllis says.

Their agreement includes provisions for what happens as they age out of the farm.

“All of us have to be dead before any of our kids get any of it,” Phyllis says. She and Lynne sense it will stay in the family if the offspring can find a mutually acceptable agreement.

“Our kids love it out here. They’ve been out here a lot,” Lynne says.

From their research, the couples determined that Frederick Carlisle was the builder of the home and bank barn. A 30-foot-long oak main beam in the barn is solid and straight.

Carlisle’s farm appears to have been as large as 200 acres at one time. A New Hampshire native, he would have been in his mid-50s when he established the farm on South Ridge. He was married to Emiline, also of New Hampshire.

Frederick was active in the community, serving as mayor of the village from 1841 to 1843. He also was a member of the first board of directors for the city’s public schools for a brief period in 1856. Carlisle was an investor in the Ashtabula and New Lisbon Railroad, chartered in 1853 with a $1 million in capital. But the project stalled and it took 20 years to get the long-anticipated north-south rail route through the county.

The couples say that the farm was used for beef as well as other agriculture. Their research has shown that the Dalin family had the longest ownership of any family, about six decades.

Their plans for the farm are still evolving, but they have already planted a small orchard and they had a large vegetable garden.

“Being out here is a kind of quiet existence,” Lynne says. “Having this property, it’s very tranquil.”