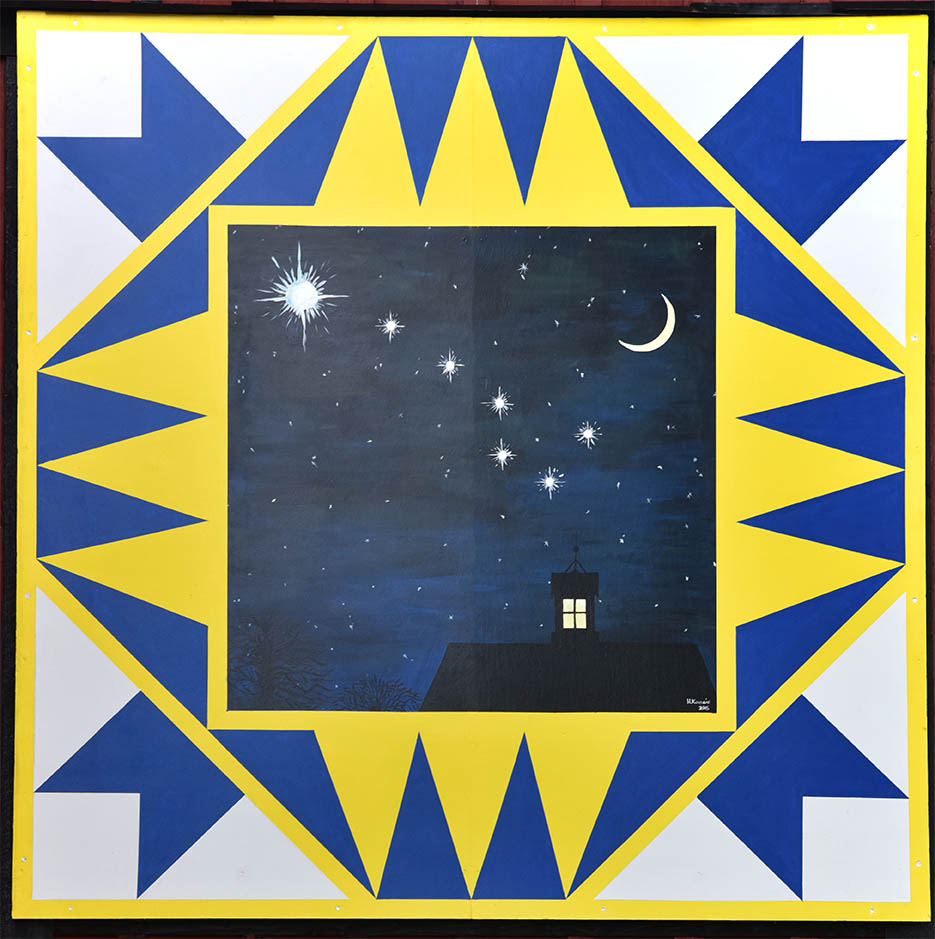 South on Route 45 off the Austinburg, Interstate 90, interchange. Go through Rock Creek village and look for farm just south of the Consignment Store (in a former dairy barn).

The Drinking Gourd was a reference to the Big Dipper constellation that fugitive slaves were told to follow north.

The river bank will make a very good road
the dead trees should show you the way
left foot, peg foot travelling on
Follow the drinking gourd.

What is the meaning of the symbolism in this song? Here’s one interpretation:

“When the sun comes back” means winter and spring.

When the altitude of the sun at noon is higher each day.

Quail are migratory birds that winter in the South.

The drinking gourd refers to the Big Dipper, and points toward the north star.

The old man is Peg Leg Joe, a sailor who allegedly taught this song to slaves, pretending to be a carpenter at a targeted plantation, after which many slaves would disappear.

Since it took most slaves a year to travel to the Ohio River, the song urged them to start their trip in winter, in order to be at the Ohio River the next winter.

Slaves were taught to follow the bank of the Tombigbee River, north, looking for dead trees that were marked with drawings of a left foot and a peg leg. This helped distinguish the Tombigbee from other north-south rives that flow into it.

When they reached the headwaters of the Tombigbee, they were to continue north over the hills until they met another river, the Tennessee.

They were to follow the Tennesse until it joined a third river, the Ohio. On the north bank of the Ohio, they would meet a guide from the Underground Railroad.

John Svoboda and Heather Kovacic, a friend of the family ( painted interior portion)

Designed by John Svoboda, the quilt combines traditional quilting patterns with a painting of the barn under a starry sky. The drinking gourd, or Milky Way, is seen prominently in the sky.

This constellation was the star map to freedom for slaves escaping on the Underground Railroad. Route 45, formerly a turnpike, was used by the Underground Railroad station owners as a thoroughfare over which to move the fugitives. While there is no documentation that the Crescent Farm was a stop on the UGGR, a house and barn farther north were associated with the clandestine effort. 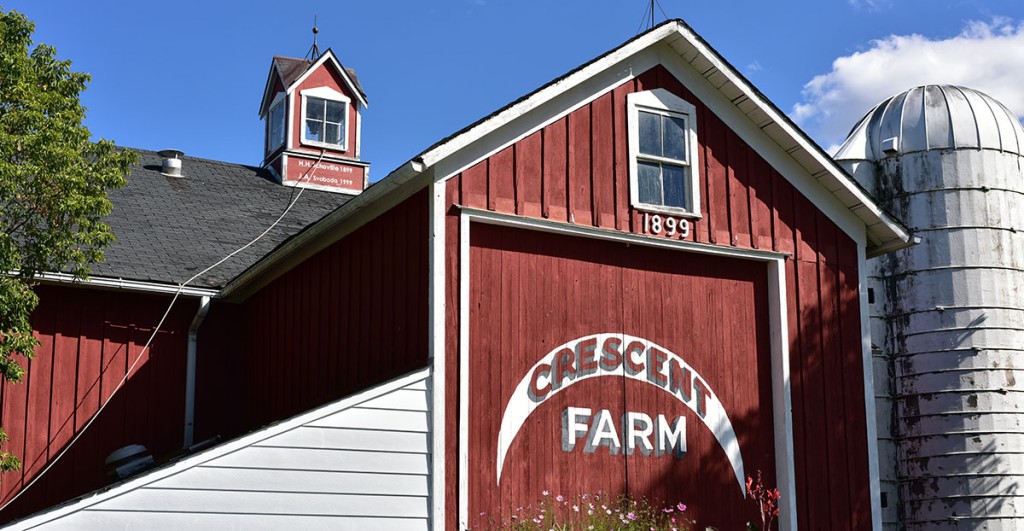 Built in 1899 by H.H. Schoville, this 34-by-54 foot dairy barn replaced an earlier barn that burned. The barn has post and beam construction and is equipped with 37 stanchions for milking.

Work on the barn began in May 1899 with the footer and stone work. The project continued through that summer. Native beech, oak, walnut and other woods from a forest on the property were used.

Documentation in the possession of John Svoboda notes that the builder used 500 pounds of nails at a cost of $12.50.

The stone work was done by Robert Stevens of North Bloomfield, Trumbull County. L.P. Malsey was the stone mason. Carpenters included “Hayt,” Fred Nantoon and Frank Eastman. The lead carpenters earned $69 each for their work on the barn. For laborers, the rate was $1 a day, which was less than the lead carpenters made. They each worked 96 days.

Schoville purchased Crescent farm from his widowed mother, Mary Hull Schoville, in 1888 and owned it until 1917. John and Mary Ellen purchased the barn and rest of the farm in 1985