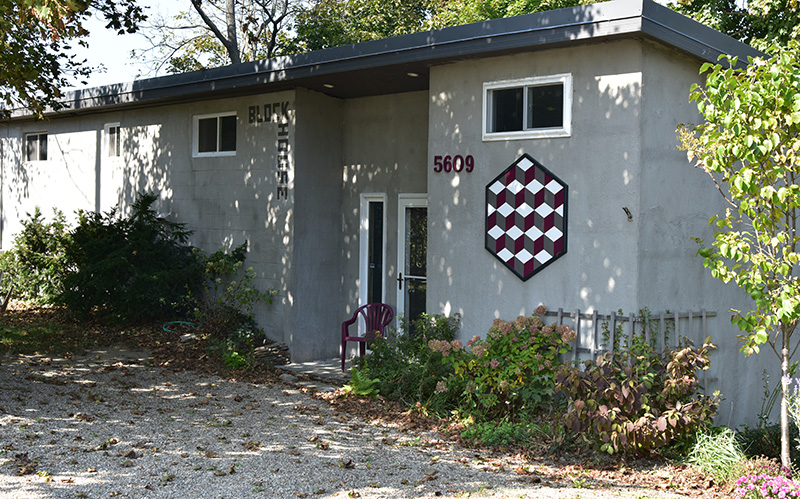 From Interstate 90, take the Route 534 exit north toward Geneva-on-the-Lake. Follow 534 to 531, past The Lodge and Conference Center, Adventure Zone. The Block House is located on the sharp curve, lake side, west of the house that looks like a lighthouse.

“Tumbling Blocks” was selected to reflect both the imagery of ice blocks being lifted out of the lake early in the last century and the contemporary use of blocks to build the cottage.

“And, with the ever-present erosion issues from Lake Erie, we hope that the only blocks that end up tumbling are the ones painted on the quilt,” says Mary Kay

Foliage around the cottage may partially block the view of the quilt. 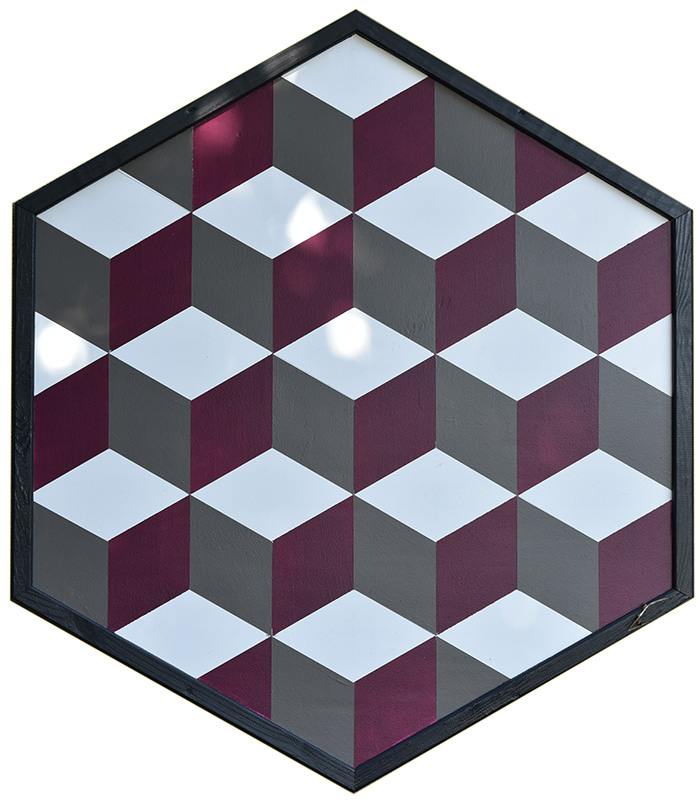 Built on the site where an ice house once stood, the Blockhouse is in a neighborhood of iconic lakefront cottages at the west end of The Strip. Mary Kay Hymes is a retired college professor who enjoys quilting and holds a quilt retreat at the Block House every September for quilters from her church in Lancaster, Pa.

Her parents built the Blockhouse in 1977; the property has been in the family since her Aunt Irma and Uncle Sid owned the Idle-a-While, which was located to the west.

Read a story about The Block House in the Ashtabula Wave.