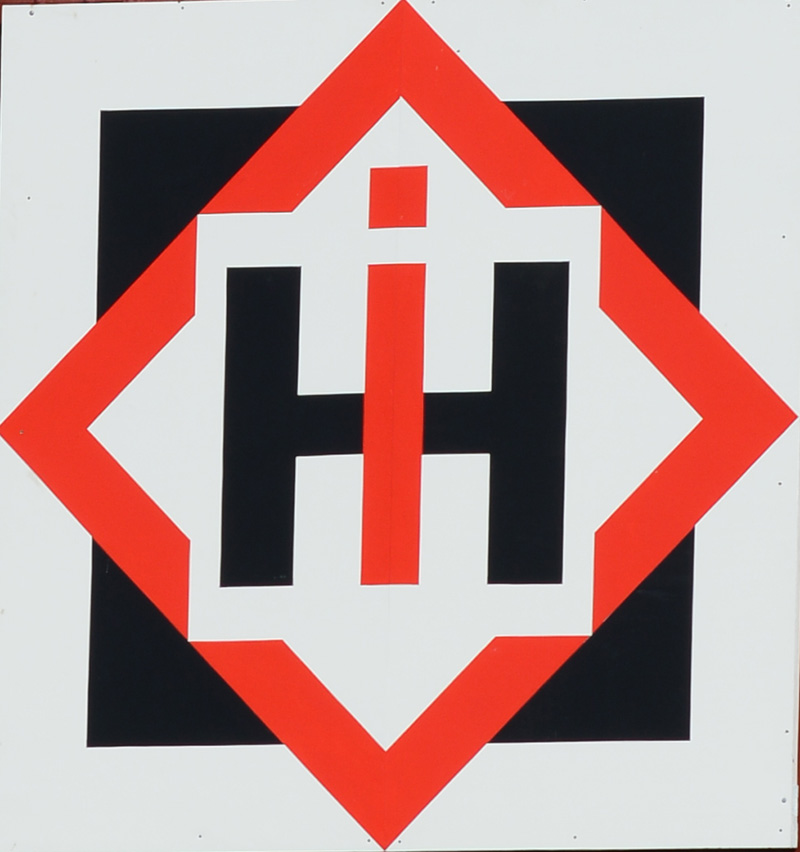 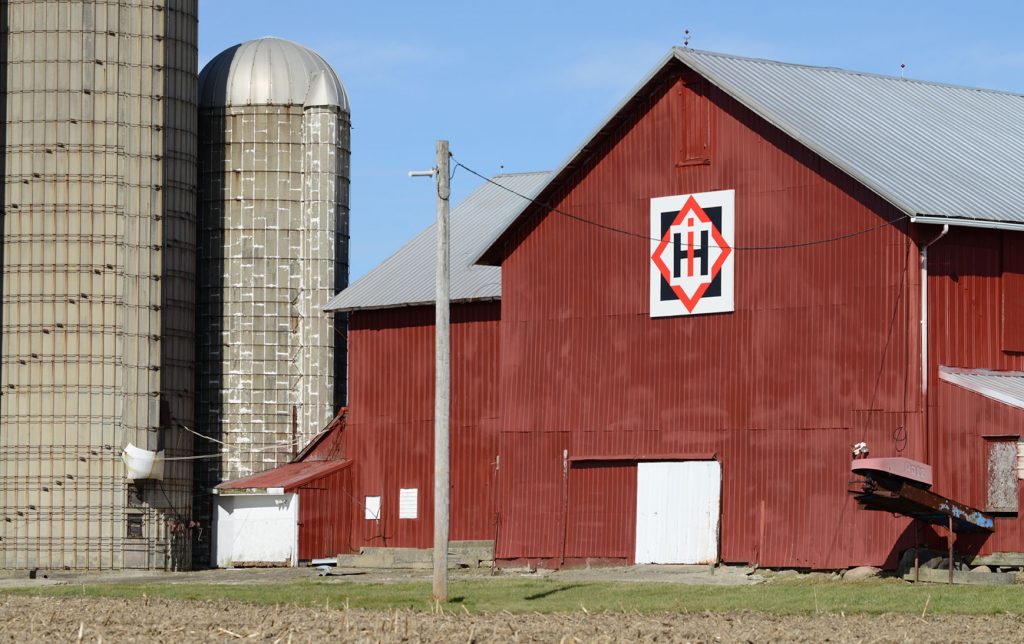 The Charles and Lucile Cole farm was a working dairy farm for decades before it was purchased by Dale Fuller of Andover. Dale had the barn quilt painted and installed. Ron and Estonia Hunt purchased the farm in the spring of 2017. In October 2019, Timothy and Karen Lane of Gerrardstown, W.Va., became the owners of the historical property.

Seven generations of the Cole family lived on this farm prior to Fuller’s purchase.

Richard Cole, born in Connecticut in 1793, came to this area in the 1820s. He and his wife Priscilla (Yokes) built a log cabin on west end of the property and cleared five acres of forest in the first year. They also planted a crop of wheat.

Adding to the hardship was the death of five children, who are buried to the east of the farm. The name of the deceased, year of death and age were:

Charles and Sylva built the current residence in 1880.

The barn was built in 1882; this is the structure that hosts the barn quilt. As with many of the barns on Simons Road South and County Line Road, it had the structure’s date in the slate roof, since replaced.

Charles C. Cole also built County Line Road from his place to what is today Route 7.

Their son, Harmon, married Cora French, and that couple’s son, Charles Howard and Lucille (Logan) Cole, both deceased, were the next owners. They established their dairy farm there in 1963. Their children were Margaret, Patricia, Kenneth, Victor, Robert and Richard, who was named after his great, great, great grandfather. Richard and his wife Claudia have a daughter, Grace, who was the 7th generation to live on the farm.

Many area residents recall the farm as home to Charlie’s Cheeses. The late Charlie Cole was a dairy farmer who sold cheese to the public from a little shop in the basement of the house.

This business got started in 1963 when the dairy farmers in the area were deprived of their payments for spring milk. The milk company that bought the milk from the farmers claimed that there was a surplus of milk in the spring of 1963 and the products into which the milk had been processed, cheese and powdered milk, still had not sold. The farmers would get paid only when the products sold.

The farmers demanded the cheese that their milk had been made into — 1.5 million pounds of the stuff. The farmers filled rental trucks with the Swiss cheese and started selling in loaves of 6 to 8 pounds at $1 a pound. Then they peddled it from hay wagons, pick-up trucks and cars at whatever gathering they could find. In just six weeks, all the cheese was gone and the farmers had their money.

Buyers wanted more cheese at that price, and Charles Cole decided to get into the business. He purchased scales, a butcher knife and set up shop in the basement of their house. It became Williamsfield’s busiest little business, and Charley operated it for more than 40 years.

After the family sold off the dairy herd, Charles used the barn as an exercise room, riding his bicycle where the cows were once milked.

His wife collected the unusual, spherical rocks found in this section of the county and had a “museum” of these artifacts from the glaciers that once covered this area. The ball-like rocks were harvested from the fields after the farmers’ plows disturbed the earth for spring planting.

The sandstone rocks usually have a central pebble at their core and, when broken open, reveal concentric rings like those on the cross section of a tree trunk.