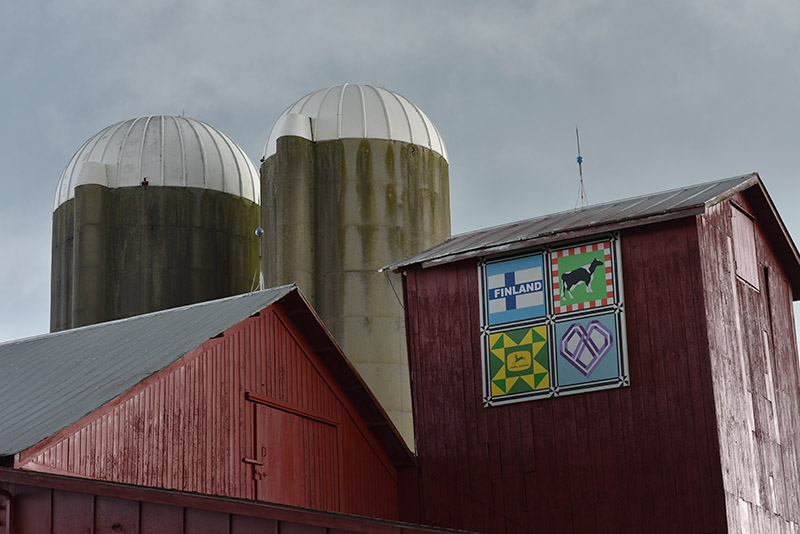 From Interstate 90, take Route 7 (Conneaut exit) south to Route 322 (5 miles south of Andover); left on Route 322 to Simons Road South (Pymatuning Lake Road is to left.  Red barn is on right side of the road (past Tabor and Weese barn quilts). 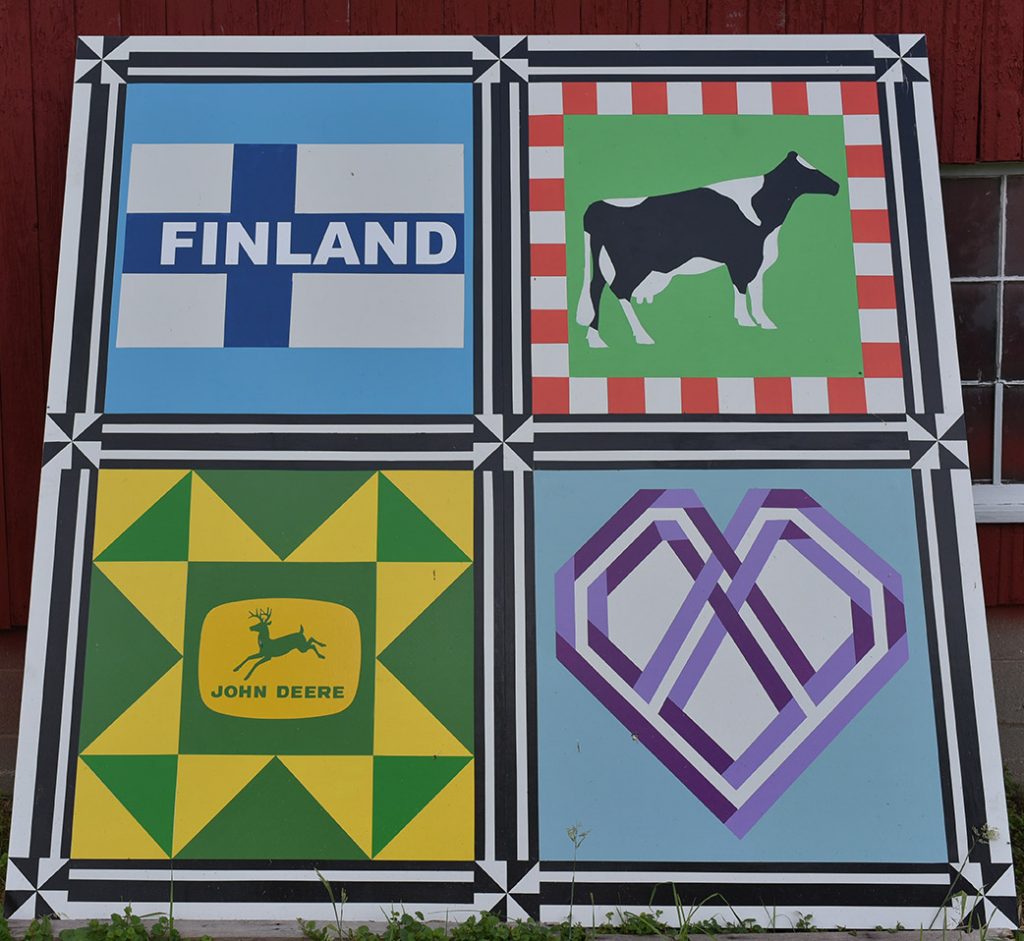 About the quilt (written by Tracey Housel, owner):

The pattern is designed to reflect the heritage of the farm.

About the farm (written by Tracey Housel, owner):

The Martti Ukkonen family purchased the Williamsfield farm in 1949. Martti and Dagmar (Daggie) and their children, Martti L. (Mart) and Ila (Garner), worked the 130-acre farm, constantly making improvements and increasing the size of their dairy herd. Martti served on the Ashtabula County Fair Board and was a vocal spokesman for agriculture. Martti passed in 1990 and Daggie followed in 2011. Mart continued to manage the farm until his death in 2016. The farm is now owned and operated by Mart’s “Honey,” Tracey Housel. She takes great pride in carrying on the legacy of the Ukkonens. This barn quilt is displayed to honor the history and heritage of the farm, and more importantly, it is a visible reminder of the very special people who shared life and love on this beautiful land.

About Finnish farmers in Williamsfield Township:

Dock work at Ashtabula Harbor brought Finnish immigrants to the region in the mid-1870s. Many of these men came from a farming background and longed to return to that line of work to escape the drudgery of shoveling iron ore on the docks and the heat of steel mills.

Williamsfield Township became a landing zone for these immigrants, who typically worked for a decade or more in a mill or on the docks before having a little capital to invest in a farm.

Many of the farms in the township were run down in the early 1900s and provided a good value for someone with the muscle and determination to turn them into a profitable venture. In 1927 an immigrant purchased a 64-acre, neglected farm with eight cows, two heifers and 50 chickens for $4,000.

That was still a huge investment and required going in debt. But the Finns were good credit risks, thanks to their strong moral code and backs.

Many of them flourished. William Siekkinen branched into selling milk to directly to consumers and had a flourishing dairy. The Ukkonens were recognized by their peers; in 1955 Martti Ukkonen was named Farmer of the Year  for his contributions as a 4-H club leader, president of the county 4-H council and work with several other organizations. Ukkonen gave credit to his family.

His father, John, was the first farmer in the township to successfully use ladino clover, a white clover that grew swiftly and was mixed with alfalfa to produce excellent pasturage for his cows.