From Route 11, take the Andover (Route 6) exit toward Andover Village. Library will be on north side of the highway as you approach the square (look for large Victorian lodging house immediately before the library). 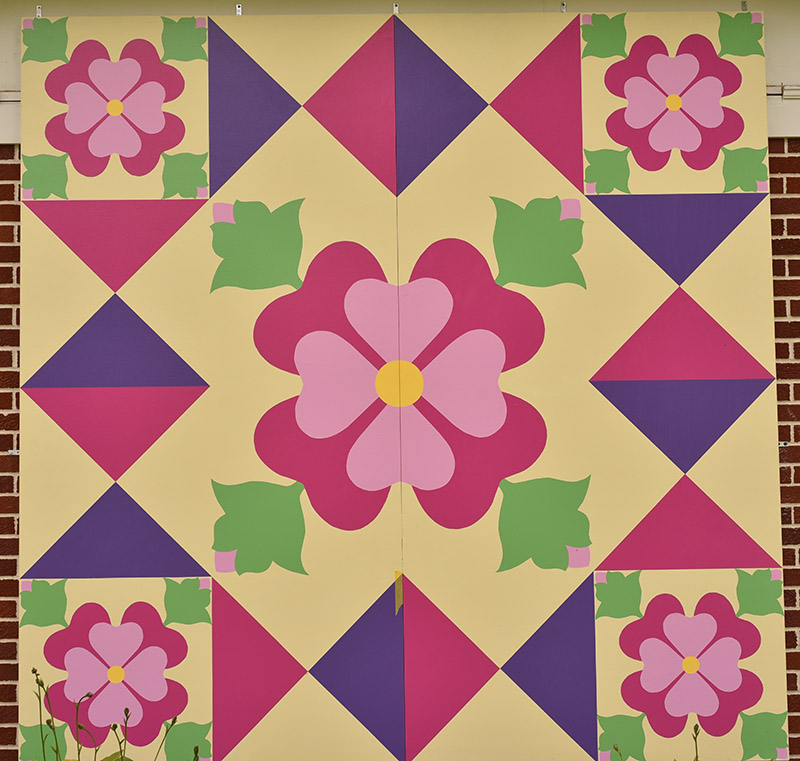 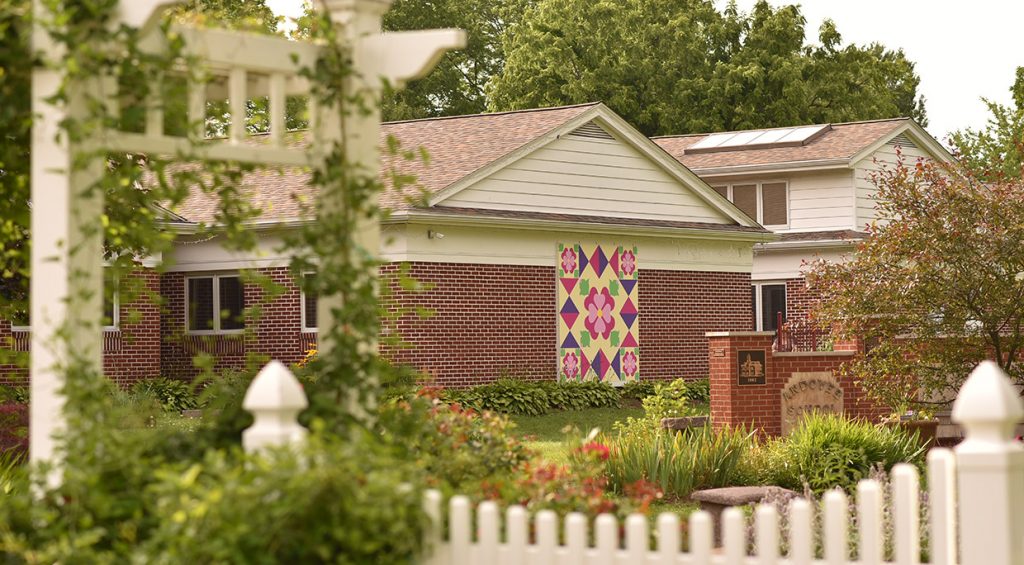 Narrative (from the Ashtabula Wave)

The floral design is one of the most challenging to paint, and Venie Hison developed some novel approaches to taping off the successive layers of color. For several weeks in May, volunteer artists visited the library almost daily to add another layer of paint to the quilt inside the masked-off areas. 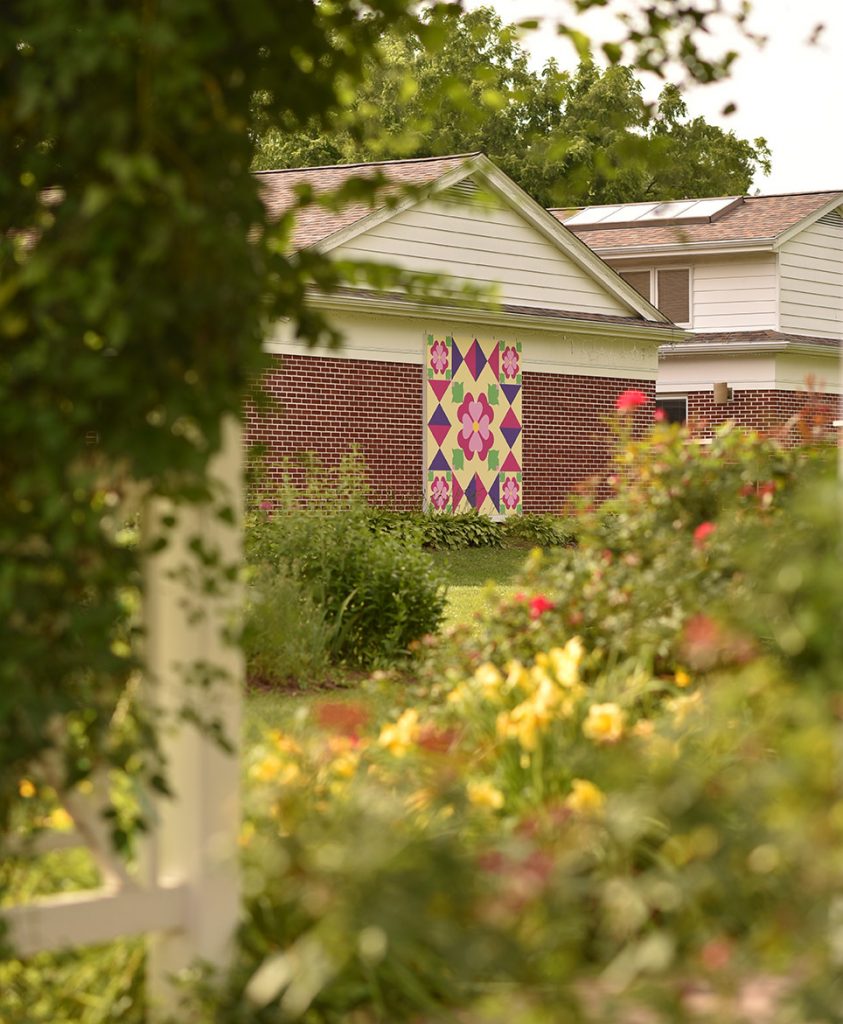