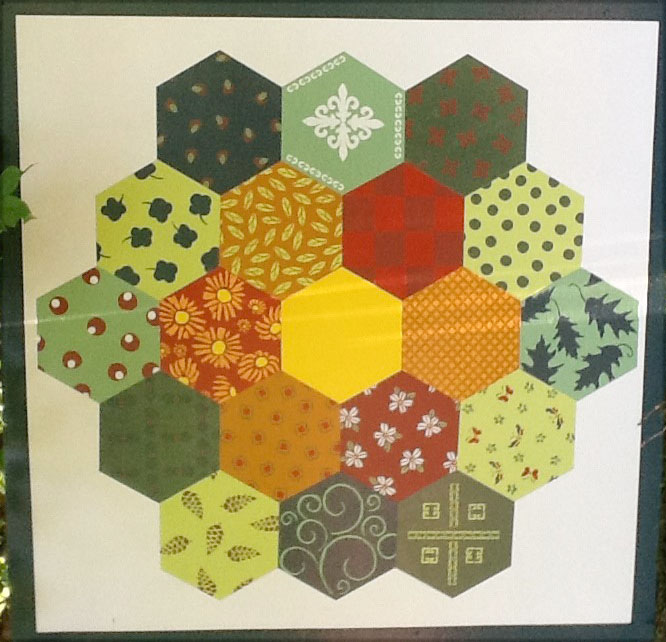 From Route 11, take the Route 322 exit, head east to Wayne Township; club grounds will be on the right after the railroad tracks.

The club was started in the early 1980s with the purpose of displaying antique engines, tractors, machinery or any other items of historical significance for public education and enjoyment. With the purchase of land, the club has added historical buildings from Ashtabula County, including a sawmill, schoohouse, grocery store, train depot and gas station. The annual show is held the first weekend in July and other events are held throughout the year.

The quilt was made in memory of Alene Hall, mother of the artists. This was her favorite quilt pattern, and her four children and several of her grandchildren each have a quilt based on this pattern.

Don Dillon Pavilion. Don Dillon was a founder of the Antique Engine Club.

Alene Hall lived in Wayne Township, the location of the Antique Engine Club grounds, most of her life. She was a personal quilter and a quilter for the Wayne Missionary Society, which quilted at the Wayne Town Hall. She was a participant in activities at the engine club from its start at Don Dillon’s farm. Alene and her sister, Correne Nicholas, had a craft booth at the annual July show for many years.

The original barn quilt was replaced with a more weather-resistant version in 2017.